This case arises out of a truck vs. pedestrian accident that occurred on January 9, 2017 at the Everport Terminal in San Pedro, CA. Truck drivers pick-up containers from the terminal and transport them to locations throughout Southern California. Below is an overhead photograph of the terminal where the incident occurred. 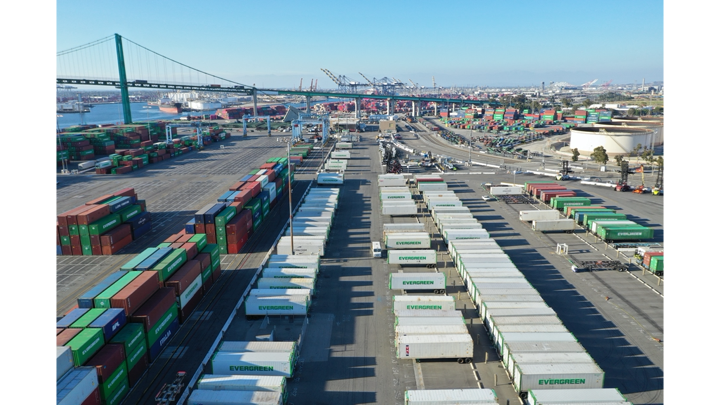 The defense argued the defendant driver was not negligent, and that he operated his vehicle at the time of the subject incident in a reasonably safe manner. In particular, he drove around Plaintiff at 5 mph so as to provide a 10-foot buffer of space between his vehicle and Plaintiff. The defense presented a full reconstruction and simulation of the incident, and further argued that plaintiff’s failure to deploy triangles to establish a working perimeter fell below the standard of care, and that plaintiff simply failed to look before he backed into defendant’s truck.

Plaintiff claimed his left thigh was struck by the rear tire, and that his left foot was run over by the rear chassis tires. Plaintiff had three surgeries, which included arthroscopic surgery of the left knee, hip arthroscopy for a torn labrum, and seroma surgery to drain a collection of fluid that continued to build up between the layers of skin along his left thigh. Plaintiff also complained of residual injuries, which included a chronic sensitivity in the area where the seroma surgery was performed. Plaintiff also claimed he required a future knee replacement.

Plaintiff asked the jury to award approximately $5 million, which plaintiff calculated as follows:

On December 11, the jury returned a verdict in favor of the defense after deliberating for approximately three hours.

Related Attorneys
Krsto Mijanovic
Richard E. Morton
We use cookies to ensure that we give you the best experience on our website. If you continue to use this site we will assume that you are happy with it.AcceptDENY