Our experience allows us to identify effective legal strategies designed to obtain early, favorable, and cost-effective results for our clients. When litigation is unavoidable, our attorneys draw on their vast experience gained through numerous adversarial proceedings. While we keep an eye open for reasonable settlement opportunities, if litigation is the client’s best alternative, we employ an aggressive, strategic approach to achieve the best possible results. Our partners have tried hundreds of cases to verdict and many of our attorneys are members of the American Board of Trial Advocates (ABOTA).

Our attorneys have handled thousands of general liability cases, representing a wide range of clients and industries including:

In order to provide our clients with the most comprehensive expertise available, attorneys in our General Liability Practice Group routinely work in interdisciplinary teams with attorneys in our Transportation Law, Product Liability, Environmental Law & Toxic Tort, Food Safety and Public Entity practice groups.

Americans with Disabilities Act (ADA) compliance litigation has become a major concern for businesses operating in the State of California. Plaintiffs often seek out large and small business establishments to pursue in litigation over alleged violations of the ADA. Since even very minor and technical “violations” of the ADA and comparable California statutes such as The Unruh Civil Rights Act can subject defendants to statutory minimum penalties and exposure to attorneys fees, defendants in ADA actions must approach each matter with a keen understanding of the law and the economic realities of litigation.

Our attorneys continually work with the same plaintiffs’ attorneys allowing us to resolve cases expeditiously and economically. When disputes do arise, and violations exist, the best results are often obtained by way of resolution as quickly as possible, and often before discovery is necessary. Our commitment to exceptional service also includes suggesting proactive opportunities to manage risk and prevent costly future ADA litigation.

Land subsidence is often defined as, “…the movement of land or earth, including, but not limited to, sinking or settling of land, earth movement, earth expansion and/or contraction, landslide, slipping, falling away, caving in, eroding, earth sinking, and earth rising or shifting or tilting.” Subsidence is a global problem and a major concern in California where land subsidence has caused numerous deaths, significant injuries and hundreds of millions of dollars in damage. The increasing development of land and water resources threatens to exacerbate existing land-subsidence problems and initiate new ones.

Haight’s General Liability Practice Group is also composed of attorneys who defend government enforcement actions and government investigations that allege weights and measures violations. Our attorneys have negotiated with state and municipal agencies on behalf of our clients in resolving these disputes with little to no impact on our client’s businesses. Types of clients we have represented in alleged weights and measures violations include, video game, auto parts, outdoor sporting equipment and broad-line closeout retailers.

Many of our clients are subject to OSHA inspections. When an agency issues a workplace safety violation, we work to reduce the citation severity or have the citations withdrawn without the need for litigation. If litigation is inevitable, we have extensive experience representing clients in administrative Appeals Board proceedings.

$12,000,000 Wrongful Death Verdict Vacated
Santos v. Scott Villa Apartments, L.P., Los Angeles Superior Court Case No. BC355923. After a devastating adverse verdict in a case tried by another law firm, Haight initially helped to secure a favorable ruling on a motion for new trial, which was later upheld on appeal. On the eve of that retrial, Haight then secured summary judgment, which the Court of Appeals recently reversed on narrow grounds. However, the Court favorably and substantially limited the scope of admissible evidence in the upcoming retrial.

Plaintiff mother had sued the owner and manager of the apartment building where her daughter resided at the time of her death. The daughter disappeared from the building in August of 2004, and her body was discovered two weeks later in the trunk of her abandoned car. Plaintiff alleged that defendants negligently hired a convicted sex offender as a maintenance porter, and that the porter was somehow connected with the daughter’s death. In granting summary judgment, the trial court ruled that there was no substantial evidence (physical or forensic) to support a causal nexus between the porter and the crime. In fact, to date no one has been charged in connection with the daughter’s death. However, the Court of Appeal ruled that certain inferences concerning the porter’s involvement were entitled to be drawn from bits of circumstantial evidence and that the inferences were enough to prevent summary judgment. On that narrow basis, the Court remanded the case for retrial.

Currently defending a nationwide retailer throughout the State of California in various litigation in state and federal court for violation of the Americans with Disabilities Act (ADA) and the Unruh Civil Rights Act.

Handled a large complex ADA matter for a local community college that has resulted in the complete renovation of the campus to make it ADA compliant.

Represented sole proprietorship restaurants and retail boutiques in ADA litigation and successfully resolved them before any court hearings or exchange of discovery. 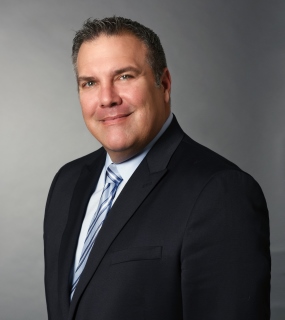