When Haight says we know California and its Courts of Appeal, we mean that our practice is specialized, in-depth, and active in the federal and state courts, including in the California and United States Supreme Courts. Haight’s appellate practice group has handled over 2000 appeals, which has resulted in more than 400 published decisions in diverse and developing areas of law, including:

We are specialized counsel with decades of appellate experience. The members of the Haight appellate practice group include Certified Appellate Specialists, former research attorneys at the Second Appellate District Court of Appeal, former clerks for state and federal judges, and members of the California Academy of Appellate Lawyers. We frequently present at seminars and publish on issues of concern to our clients and to the bar.

Cassel v. Wasserman, Comden, Casselman & Pearson, LLP (2011) 51 Cal.4th 113. On behalf of a California law firm, Haight obtained reversal of a decision permitting a plaintiff to use purported evidence of conversations between his lawyer and him during a mediation as the foundation for a legal malpractice lawsuit, based on allegations that his attorney obtained his consent to settle through bad advice, deception and coercion. The Supreme Court held that all mediation–related discussions were confidential because they were for the purpose of, in the course of, or relating to mediations. (Evidence Code § 1119(a) and (b)).

Hagberg v. California Federal Bank (2004) 32 Cal.4th 350. Represented California Federal Bank, FSB, now Citibank (West), before the California Supreme Court and obtained affirmance of summary judgment. The case held that the privilege embodied within Civil Code Section 47(b) bars claims arising from an allegedly false report to the police regarding suspected criminal conduct. As a result, the bank and its teller were not liable to an innocent customer, who attempted to pass a suspicious clerk, when the police handcuffed and questioned the customer at the branch after being notified by the teller of an attempted fraud.

Brown v. Superior Court (1988) 44 Cal.3d 1049. On behalf of E.R. Squibb & Sons, Haight obtained the holding that manufacturers of prescription drugs could not be held strictly liable for injuries caused by any prescription drug (not just unavoidably dangerous ones), because of the public’s interest in the development, availability, and reasonable price of prescription drugs.

Evangelatos v. Superior Court (1988) 44 Cal.3d 1188. On behalf of Van Watters & Rogers, Inc., the California Supreme Court affirmed the constitutionality of Proposition 51 and further held that defendants are liable for plaintiff’s economic damages only in their respective percentages of liability, although are all jointly and severally liable for pain and suffering (general) damages.

Far West Savings and Loan Association v. D&S Company, Inc. (1988) 46 Cal.3d 796. On behalf of Far West Financial Corporation, we persuaded the court to hold that “good faith” settlements absolve defendants of any further liability for all equitable indemnity claims by other defendants.

Moradi-Shalal v. Fireman’s Fund (1988) 46 Cal.3d 287. On behalf of Fireman’s Fund Insurance Companies, Haight persuaded the California Supreme Court to overrule its prior opinion in Royal Globe v. Superior Court (1979) 23 Cal.3d 880, and to hold that Insurance Code § 790.03(h) does not provide a private cause of action against insurers for violation of the Unfair Practices Act.

Lavie v. Procter & Gamble Co. (2003) 105 Cal.App.4th 496. In our representation of Procter & Gamble, Hoffman-La Roche and other defendants, the court of appeal affirmed our defense verdict, holding that the reasonable consumer standard is to be applied in the determination of whether advertisements are likely to mislead the public.

Golden Eagle Ins. Corp. v. Cen-Fed, Ltd. (2007) 148 Cal.App.4th 976. Represented the insurer, who was held liable for attorneys fees and costs incurred by its insured in an underlying action under its supplementary payment provision. This occurred despite the fact that the insurer had obtained a favorable ruling that there was no coverage under its policy for the underlying claim. The Court of Appeal reversed the judgment, and compelled enforcement of the policy’s “Supplementary Payments Provision.” Following the successful appeal against the insured, Haight attorneys filed an action and successfully recouped more than $1 million for the insurer.

Wells Fargo Bank v. Baker (2012) 204 Cal. App. 4th 1063. On behalf of Wells Fargo Nat. Bank, N.A., obtained reversal of an order of the superior court that had erroneously vacated its judgment. The Iowa statute upon which the trial court relied, as applied to national banks, was shown to be preempted by the National Bank Act.

Dow v. Superior Court (2011) 202 Cal. App. 4th 170, The Court of Appeals for the Second Appellate District, relying on J. McIntyre Machinery, Ltd. v. Nicastro, 564 U.S. ___, 131 S.Ct. 2785 (2011), held that California courts could not exercise personal jurisdiction over a foreign manufacturer, so long as that company did not directly ship, sell or advertise its products (or components)within the state, or own property or maintain an office or other facility there. We disagree with this holding and, on behalf of Bombardier Recreational Products, Inc., have filed a petition for certiorari in the United States Supreme Court seeking to overturn it. U.S. Supreme Court Docket No.12-83 (pending). 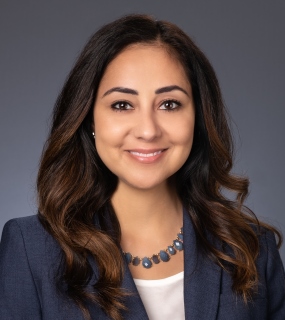