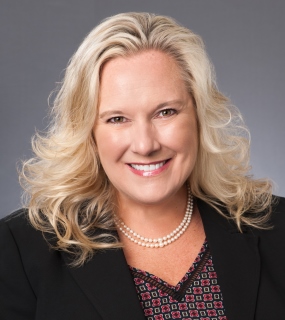 Ms. Haskins is a member of the Professional Liability, Elder Care, Product Liability and General Liability Practice Groups. Ms. Haskins has a specialized focus in the defense of healthcare providers, including physicians, nurses, certified nurse midwives, technicians, therapists and facilities, in litigation and in administrative proceedings. Ms. Haskins also represents other professionals against claims of professional malpractice, including attorneys. In addition, she handles most aspects of general civil litigation, including contract disputes, personal injury, product and premises liability on behalf of both plaintiffs and defendants.

Ms. Haskins began her legal career at The Ohio State University handling student traffic citation appeals in the Department of Traffic, Parking & Public Safety and then worked as a secretary for a plaintiffs’ Product Liability firm in Ohio while attending undergraduate courses in Marketing & Finance. She made her first appearances in the Franklin County Court of Common Pleas at age twenty presenting live demonstrations of defective products in jury trials. After moving to California, she continued her legal career at the American Arbitration Association (AAA) as a Case Administrator eventually being assigned to manage the launch of the AAA’s Large, Complex Case Program. She next became the first non-lawyer Director for the AAA Center for Mediation all while attending evening classes at Southwestern Law School.

From 1996-2001, Ms. Haskins was a principal at ADR International, an alternative dispute resolution marketing consultancy, where she provided expert consultant services in complex arbitration matters as well as managed the careers of leading ADR professionals, including retired jurists from the California Supreme Court, Court of Appeal, and State Courts throughout California. Ms. Haskins has been profiled in the Los Angeles Daily Journal and the Wall Street Journal as well as quoted extensively in the Los Angeles Times for her work in ADR. She has appeared on local talk shows and lectured throughout California on the pros and cons of ADR.

After joining Women Lawyers Association of Los Angeles (WLALA) as a law student member in 1994, Ms. Haskins served on the Board of Governors for thirteen years before being elected to the Executive Committee (2007 – 2010). Ms. Haskins then led the organization as President in 2010 – 2011. Ms. Haskins is also an ardent supporter of the Downtown Women’s Center and Break the Cycle. She is dedicated to continually improving the status of women in the legal profession and in general.

From 2010 – 2014, Ms. Haskins served as a Commissioner on the Los Angeles Police Department’s Police Permit Review Panel (PPRP). She was appointed by then Mayor Antonio Villaraigosa and unanimously affirmed by the Los Angeles City Council. The PPRP is a subsidiary of the Board of Police Commissioners and its purpose is to approve most types of police permits, rule on cases involving the discipline or revocation of police permits, approve stipulations in the settlement of disciplinary cases, and review and approve conditions placed on new and existing police permits.

Ms. Haskins created a variant teaching model for the practical skills course, Interviewing, Counseling & Negotiation, at Southwestern Law School. She educated LLM and final year law students as an Adjunct Professor in the Spring Semesters of 2013 & 2014.

Ms. Haskins’ practice is results-driven and personal. Early identification of critical issues, combined with aggressive investigation, often leads to voluntary dismissal of claims. Ms. Haskins’ track record with successful dispositive motions is also the product of her individualized approach to each litigation matter. Thorough preparation yields a substantial decrease in the number of conflicts requiring adjudication by trial. However, when necessary, Ms. Haskins is at the ready to vigorously defend her clients through verdict.